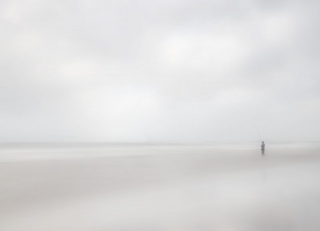 Ireland has staved off stiff competition once again to take another international photography title, the second to be awarded by the International Federation of Photographic Art this year.
Ireland has won the overall FIAP (International Federation of Photographic Art) colour biennial, which took place in Turkey in May, staving off stiff competition from Germany (2nd place) and Spain (3rd place).
Ireland was represented by photographers from across the country, whose images were selected by the Irish Photographic Federation to compete against the best in the world.  The Irish entry was made up of 10 images from members of camera clubs in Dundalk, Mallow, and Dublin.
Ireland has punched above its weight in international competitions hosted by FIAP to date. This is Ireland’s second major win this year, having already taken the top prize in the FIAP black and white biennial earlier this year.
Irish camera clubs and societies have also ranked highly in other FIAP events, such as the 2011 FIAP World Cup, where Dundalk Photographic Society took second place and Celbridge Camera Club ranked in the top 10 grouping.
Building on that success, Irish photographers have now raised the bar even further to take both the top colour and monochrome biennial prizes this year.
There was also cause for celebration for two of the participating Irish photographers who each took home FIAP medals for their images: Brian Hopper from Dundalk Photographic Society was awarded a FIAP Gold Medal for his image ‘Boat at Bellurgan Point’ and John Kent from Dublin Camera Club was awarded a FIAP Bronze Medal for his image ‘Walking the Dog’.

Thank you to all members who support the Themes in the Printed and Project Competition, without the support of entrants into PPI, the IPF would be unable to create such an impressive panel.
Also, huge thank you to Denis Whelan who co-ordinated the panel selection.

List of participating photographers in Ireland’s panel in the 24th FIAP colour biennial:

The IPF are pleased to announce that the next distinction assessments sitting will be on Saturday 11th March 2023 at the Dunamaise Arts Centre, Portlaoise. Applications are now being accepted via the entry form linked below. Please note that AIPF … END_OF_DOCUMENT_TOKEN_TO_BE_REPLACED

The Annual AV competition was held on 16th Ocrober and I've got a lot of positive feedback today from entrants, attendees and the judges.  We had people from South Africa, USA, Italy, England, Scotland & Wales and from Antrim to … END_OF_DOCUMENT_TOKEN_TO_BE_REPLACED

The IPF are pleased to announce that the next distinction appraisals sitting will be on Saturday 19th November 2022 in Thurles. Please note that we are still dealing with a backlog of print applications, following the Covid period.  … END_OF_DOCUMENT_TOKEN_TO_BE_REPLACED

The Irish Photographic Federation will host the National Club Finals 2022 via Zoom on Saturday, May … END_OF_DOCUMENT_TOKEN_TO_BE_REPLACED

The IPF are delighted to announce a distinction sittings on 20th November 2021. Given the current … END_OF_DOCUMENT_TOKEN_TO_BE_REPLACED