On July 13th 2015, Lilian Webb AIPF on behalf of the IPF, was delighted to present John Wilkinson AIPF with the Brendan Walkin Memorial Medal for his outstanding service to the Irish photography. 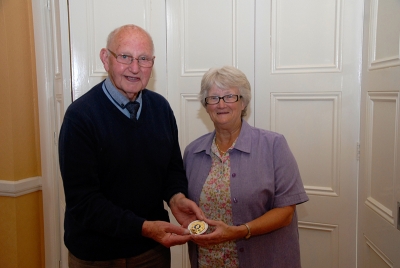 Looking back to the third Irish Photographic Federation’s National Audio Visual Championships, held 30 years ago, in 1985, John entered a sequence “Wicklow Way”. John was chairman of Enniscorthy Camera Club when they hosted the IPF National AV Championships in 1989. John’s sequences have been shown in many year’s Championships since, right up to 2014. John embraced the move from the analogue to digital medium.

In the Club, John, you are fondly called “Uncle John”. So, “Uncle John”, John Wilkinson AIPF, it gives us great pleasure on behalf of the IPF President, members of IPF Council, Audio Visual workers and members of Enniscorthy Camera Club to acknowledge your services to Irish Photography with the Brendan Walkin Memorial Medal.

Long may you continue to delight photographers and non-photographers with your slide shows and audio visual sequences. 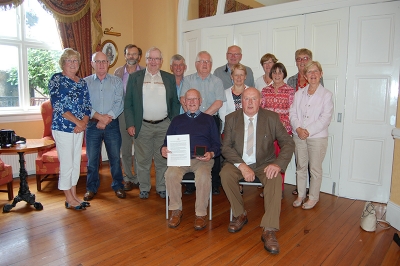 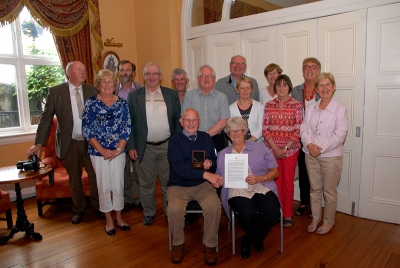 The IPF are pleased to announce that the next distinction assessments sitting will be on Saturday 11th March 2023 at the Dunamaise Arts Centre, Portlaoise. Applications are now being accepted via the entry form linked below. Please note that AIPF … END_OF_DOCUMENT_TOKEN_TO_BE_REPLACED

The Annual AV competition was held on 16th Ocrober and I've got a lot of positive feedback today from entrants, attendees and the judges.  We had people from South Africa, USA, Italy, England, Scotland & Wales and from Antrim to … END_OF_DOCUMENT_TOKEN_TO_BE_REPLACED

The IPF are pleased to announce that the next distinction appraisals sitting will be on Saturday 19th November 2022 in Thurles. Please note that we are still dealing with a backlog of print applications, following the Covid period.  … END_OF_DOCUMENT_TOKEN_TO_BE_REPLACED

The Irish Photographic Federation will host the National Club Finals 2022 via Zoom on Saturday, May … END_OF_DOCUMENT_TOKEN_TO_BE_REPLACED

The IPF are delighted to announce a distinction sittings on 20th November 2021. Given the current … END_OF_DOCUMENT_TOKEN_TO_BE_REPLACED